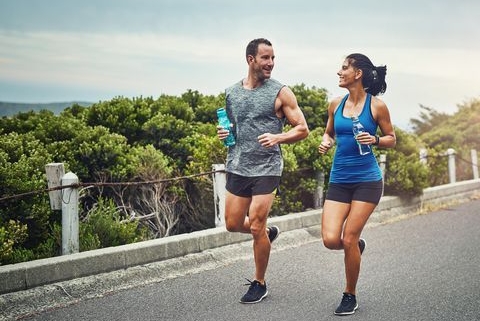 Arm swing is a vital part of running technique. Many running coaches say ‘you may run on your legs, but you run with your arms’. This is because the body is reliant on balanced alternate arm and leg movement across a diagonal to generate forward momentum efficiently. This opposite arm, opposite leg technique allows efficient creation and dissipation of force to and from the ground via the trun

k. How well you swing your arms will therefore have a direct impact on how well you run.

When you carry a water bottle in one hand you create an uneven distribution of weight across your trunk. You al

so create an uneven arm swing and excessive tension in your hand/forearm. The muscles that you use to grip are linked to the control muscles of the shoulder. This means that excessive gripping whilst running will hinder the freedom of swing at your shoulder, which can lead to all sorts of problems over time.

It is advised that you plan long runs to include strategic stops for water or carry a small specialised water backpack for even distribution of weight that will not affect your running gait.

Haile Gebrselassie was a prime example on how much carrying something in one hand can have a prolonged affect on your running style. He used to run 10km to school every day with his books under his arm. This became so engrained into his running pattern that it can still be spotted in his technique during competition videos. Obviously, he had m 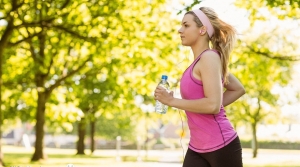 any other factors that made him an outstanding distance runner, and these outweighed his slightly unconventional arm technique – it is not the answer to winning world championships! But it does prove that something you learn early on when starting an activity can become deeply engrained in your brains’ movement patterns and that it is very hard to unlearn.

Connect with the Physio Clinic

What is DOMS, am I injured?
This site uses cookies: Find out more.
Scroll to top