When is a runner not a runner?…. When they are injured! Which has been a lot for me this year!

2019 hasn’t been a great year for me injury wise and its taught me a few lessons in keeping motivated or not!

The year started so well with plans of running another marathon in Edinburgh in May.  The training was going well.  I’d even enjoyed a hill repeats workout. 5 Times up and down Winterbourne Hill! Sadly, things fell apart a week later when I sustained a hamstring tear in March.  At that time my world was up the air.  This was the first significant injury I’d had since I took up running in 2016.

I did however have a goal still in mind. The Marathon at the end of May was still in the Calendar. Physio mode took over and I set about the task of recovery and rehab with a dedication I hoped all my clients had! I sensibly took a rest period and sought the help of my physio colleagues at the clinic for treatment (the hamstrings aren’t the easiest place to get to yourself).  I then started my gym routine substituting running with the cross trainer, introducing mobility exercises and strength work slowly as time went by. By week 5 I was doing 90 min stints on the cross trainer 3 times a week and the hamstring was getting stronger.  I still felt like a runner, I had a running goal.  I returned to running shortly afterwards – a steady 5K – no reaction.   It was early April by now and the Marathon seemed so much closer, but I still fully intended to make it to the start line.  My goal had shifted.  The aim was now to get around rather any time in mind, after all the flight and accommodation were all booked and paid for.  Plus, my wife had a place and had been training too and I didn’t want to let her down. There was still a goal and motivation to keep running.

BOOM.  Injury number 2. No soon had I just returned to running I was knocked off my bike commuting home from work.  Nothing too serious just a thumb injury, whiplash and a mild concussion.  But nevertheless, it was another delay in the training program.  The Marathon now looked like an impossibility.  Arrgh!  Visions of standing on the side lines, cheering on the wife and others as they ran filled my thoughts.  I couldn’t think of anything worse.  Travelling all that way to just spectate.  My motivation was dwindling.  It was while I was resting from this injury that I received an email from Edinburgh Marathon informing me that the Marathon was a sell out again this year!  Great! BUT… the half marathon had spaces left.  It was at that moment I knew I had a fallback plan and something to keep me motivated.  With a few clicks I had rearranged things and was signed for the half… along with the wife who by now had let her marathon training slip due to lack of support from me.   I’m please to say I managed to complete 2 half marathons in May despite all the odds being against me.  The times didn’t matter but the achievement felt just a rewarding as my first half.  Having the incentive of an event certainly helped my motivation to keep running.

Roll forward to August and BOOM, injury number 3.  This time a knee issue – a tibial stress fracture with suspected meniscal tear.  The main problem …. No clear goal to motivate me.  12 weeks off running was needed.  My rehab mojo was running on empty by now.   My knee pain was pretty severe at times. Training 4 times a week looked like a chore, if not an impossibility.  Cycling (my other passion) took centre stage.  The knee could cope with that.  I managed a sportive, 50 miles.  I rode 2-3 times a week as the weather was good.  It kept things ticking over fitness wise, but the thoughts of running seemed to ebb away.  I wasn’t rehabbing like before I was ticking over.  I’d become lazy.  No more getting home from work and throwing on the running kit.  No more weekend long runs. No longer a runner.  What’s more my lethargy was also affecting my wife as we weren’t motivating each other to run and the weather was getting worse, so the cycling was also taking a hit.

It was Late October and I needed to get out of the rut I was stuck in I needed some motivation.  I needed a goal.  It was my email inbox that again provided the inspiration I needed.  We’d signed for the London Vitality Half Marathon and I’d totally forgotten about it.  A reminder email arrived. Sunday 1st March 2020. Only 4 months to get fit for it.  Time to test the knee.  A steady walk jog and all seemed fine.  A gradual 2 miles – no drama; 5K and eventually a 10K.  I was getting there….. Then BOOM…

Tooth abscess… requiring a surgical incision.  And yes! that’s as painful as it sounds.  I felt like I’d had a spear stuck through the roof of my mouth.   Pain killers, antibiotics and 2 weeks of really not wanting to exercise let alone run.  But the goal was still in the achievable distance and so on a very cold Saturday afternoon I dragged myself around 5K and you know what…. I actually felt better for it! Tonight will be run number 2 and I’m heading out with the running club, another 5K.

Its fair to say its been an up and down year but I’ve certainly had my resolve tested.  At times I thought I wouldn’t run again. At times I couldn’t possibly run.  At times I didn’t want to run.  But in the end the sense of achievement and motivation by entering an event gave me the determination to get back out there and do it.  For me a half marathon was a perfect goal, challenging but achievable.   Others may need a different goal.  So, if you are no longer a runner but really want to be one again, think of an achievable and realistic running goal and put a date in the calendar.  Then put on your trainers and take the first steps once again.  If you need help and advice with injury assessment or management book up and see me or one of the team at The Physio Clinic Bristol.  You can be sure of a sympathetic ear and a professional service dedicated to helping you achieve your running goals. 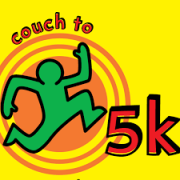 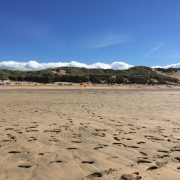 My road to becoming a runner – Pete Tang 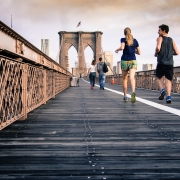 Getting in to Running Part 3

Tweets by PhysioClinic
New to running – listen to your body, not the apps. (Couch to 5k loading...